Tynemouth Video Film-Making Group  started many years ago as the Cine section of Tynemouth Photographic Society and is still part of the society. The group progressed through various film formats until the advent of video, hence the name change. 2019 was 60th Year. We are a member of NERIAC - the North East Region of the IAC (the Film & Video Institute), and of NECA (a body representing Video Clubs in North East England).

We meet every Monday from the start of October until the end of April at 7.30pm in our new premises at 106/7 Howard Street in North Shields NE30 1NA     BUT SEE NOTE BELOW UNDER 'LATEST NEWS'

The club has a wide and varied programme, which includes talks from professionals, visiting clubs, practical nights, members nights, competitions, outings and more.

The Group's continuing aim is to help and encourage existing and new members to enjoy making movies which would also be appreciated by friends and relations etc.

If you have a camcorder, DSLR or mobile phone which takes video and you are interested in making more of your holiday, family, documentary or story films then why not come along or contact us. 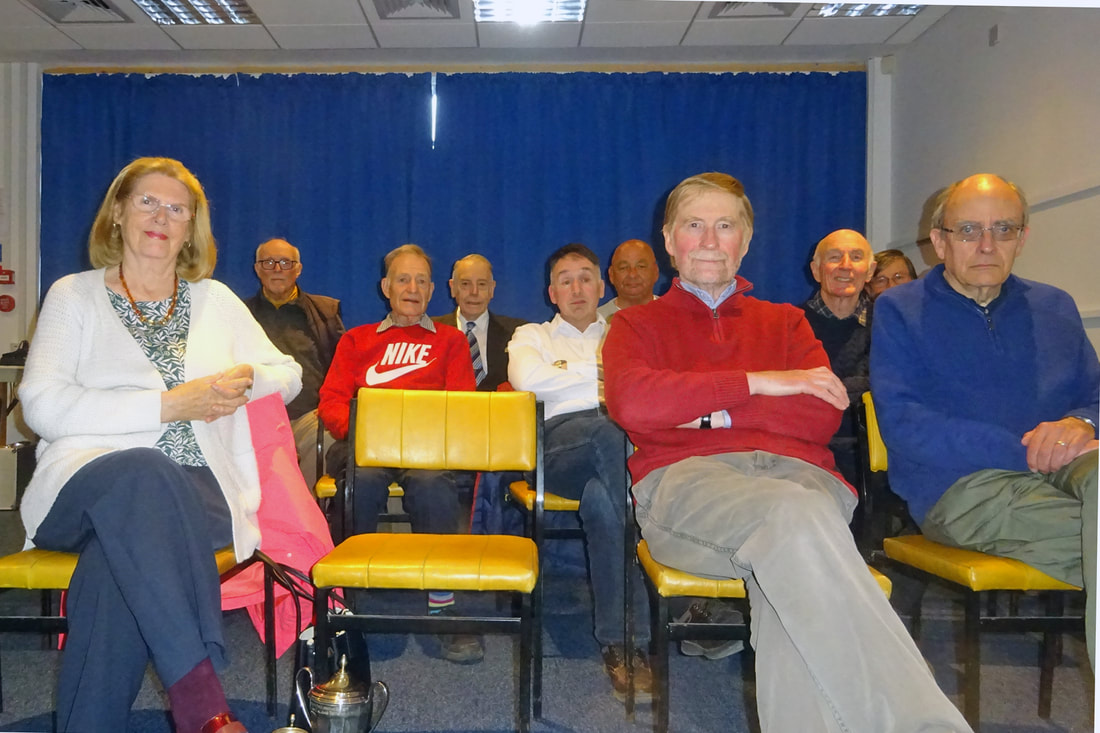 RESULT - 1st place: 'Garden Visitors' by Trevor Ermel (winner of the RICHARDON CUP)
2nd place: 'Where have all the Elephants gone?' by Steven Wears
3rd place: 'A little bit of Boston' by Doug Tweddle

SUMMARY OF COMPETITION RESULTS FOR SEASON 2019/2020

Four members of our group represented us when this year's three-way inter-club competition was held in the premises of Darlington Video Makers (in Aycliffe Village). Newcastle and Darlington were the other clubs which took part, each entering a twenty-minute programme of films from at least two members.

Our entry was comprised of 'Whitley Bay Parade' by Trevor Ermel, 'An English Summer Day' by Alwyn Scott, 'Lesley Brys and Friends' by Jim Shaw and the club film 'PC World'.

The competition was judged in advance by Ron Prosser FACI ( a former IAC Chairman) and David Fenn (Chairman of Haywards Heath MM).

Winners were Tynemouth, although the best individual film in the competition was 'Stopover' by Michael Gough of Newcastle ACA. This is the second year in a row we have won this competition - congratulations to everyone concerned! 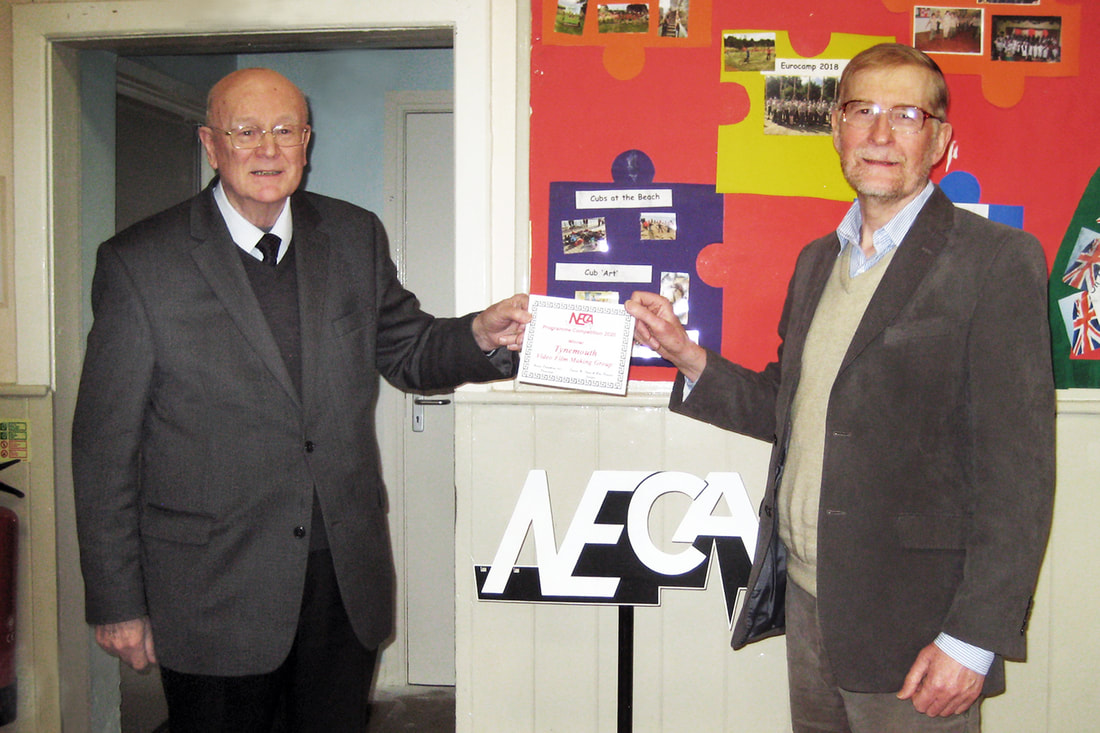 
The final ever meeting of the Video Film-Making Group in our current club rooms in Camera House took place on Monday 29th April, when 15 members and guests enjoyed an informal fish and chips meal, followed by the presentation of trophies and certificates to this season's competition winners. Wine and cakes were also kindly provided by some of the members. Chairman Dave Peffer rounded off the evening with some reminiscences of the happy times we had spent there over the years and we raised a toast to our old home. Happily the venue has been recorded many times on various club videos over the years and its memory will live on, and we look forward to entering the new premises next season.​ 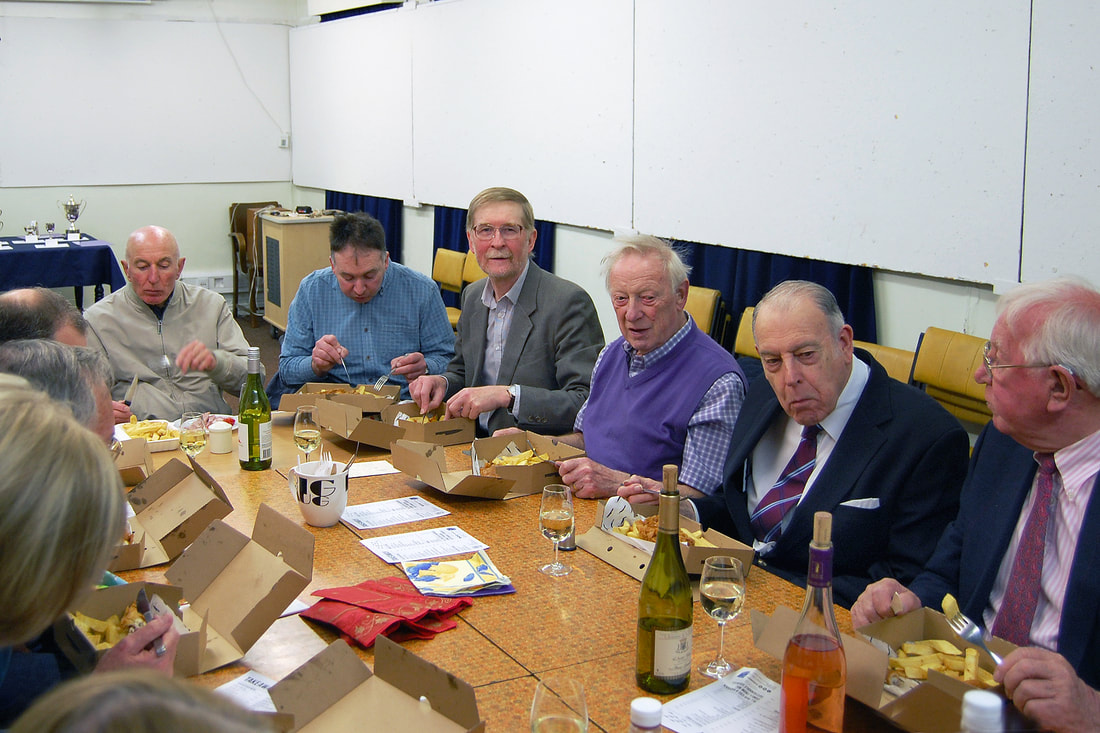 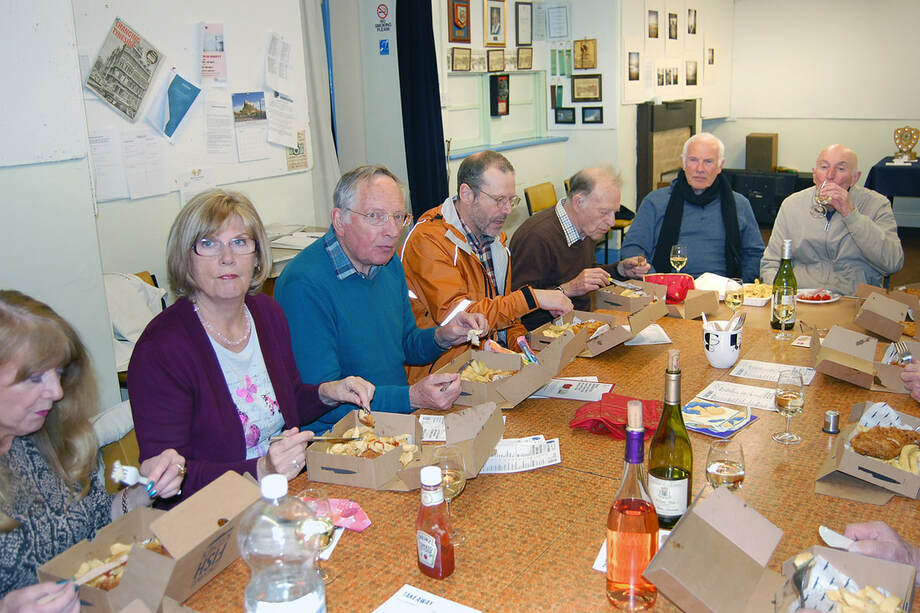 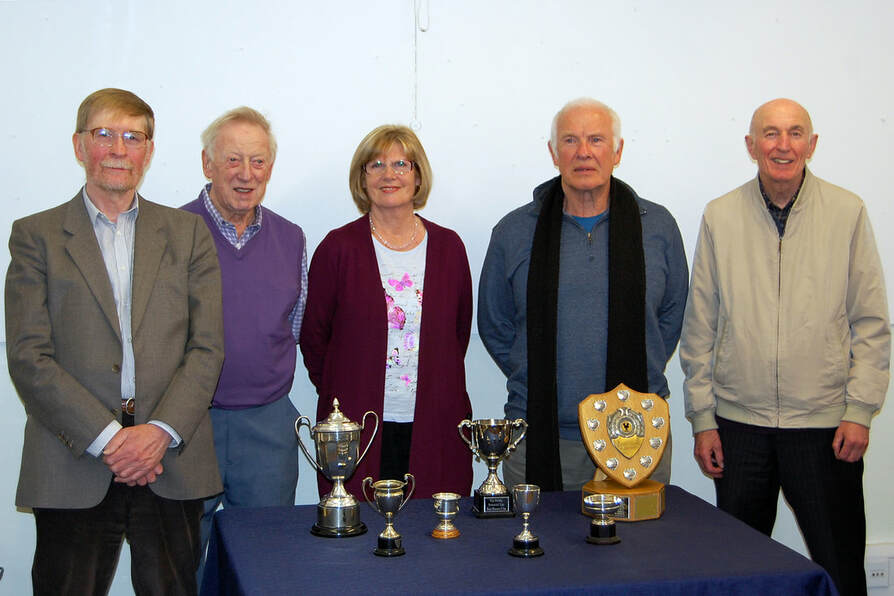 We recently entered our film 'The Dream' into a competition organised by Swan Moviemakers, from the IAC's North West Region, the trophy being 'The Ray Dunbobbin Award for Best Original Script'. Ray was a former scriptwriter and actor who worked for the BBC and ITV and was a member of Swan Moviemakers. We are pleased to announce that 'The Dream' was awarded first place!

Congratulations to all concerned - including David who wrote the script and provided the voiceover, Trevor who filmed it and Reg who was one of the actors.

​We understand the trophy will remain in the care of Swan Moviemakers although a First Place certificate we be sent to us after the screening of the films at their club rooms in Bebington, Cheshire, on 12th April.
​
TYNEMOUTH WIN THE 2019 NECA CLUB PROGRAMME COMPETITION ON 25TH FEBRUARY 2019

​Representatives of three of the four remaining competing clubs which now make up NECA (from Darlington, Newcastle, South Shields and Tynemouth) were present in our clubrooms as we hosted this annual competition, which had been judged earlier by Rita Hayes FACI and members of her club, Shooters Hill Camcorder Club.

Our winning 20-minute programme consisted of six films. These were 'Teething Troubles' and 'A Welcome Drink',
(two short comedies by John Burton); 'The Pudding Run' (an account of the 2018 Boxing Day Fun Run in Whitley Bay) and 'Fly Away' (the story of herring gull chicks) by Trevor Ermel; 'The Lighthouse' (filmed at Tynemouth on a very stormy day, with an atmospheric soundtrack and self-penned poem) by Alwyn Scott; and 'Next, Please' (a club film written by David Peffer, filmed by Trevor Ermel and featuring several club members).

The best film in the whole competition was judged to be 'The Sound of Silence' by Stephen Green of Newcastle ACA, who unfortunately was not present to receive his award. ​ 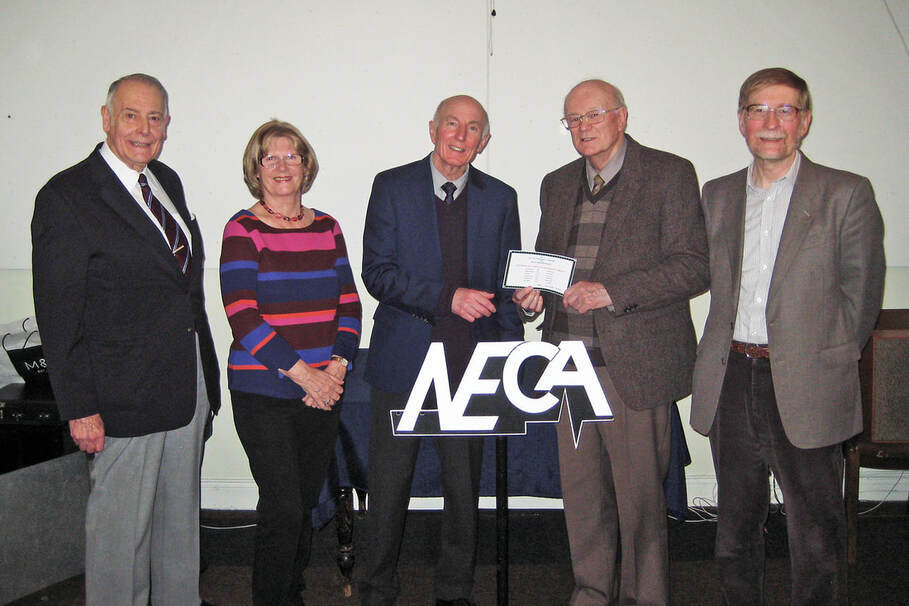 The opportunity was also taken to present the trophy to Tynemouth for providing the winning film in the IAC inter-regional one minute Mini Mermaid Competition at last year's IAC Annual General Meeting in Market Harborough. Our short comedy 'The Critic' was written by David Peffer, filmed by Trevor Ermel and featured John Cook (who unfortunately was not present for the presentation) and David. 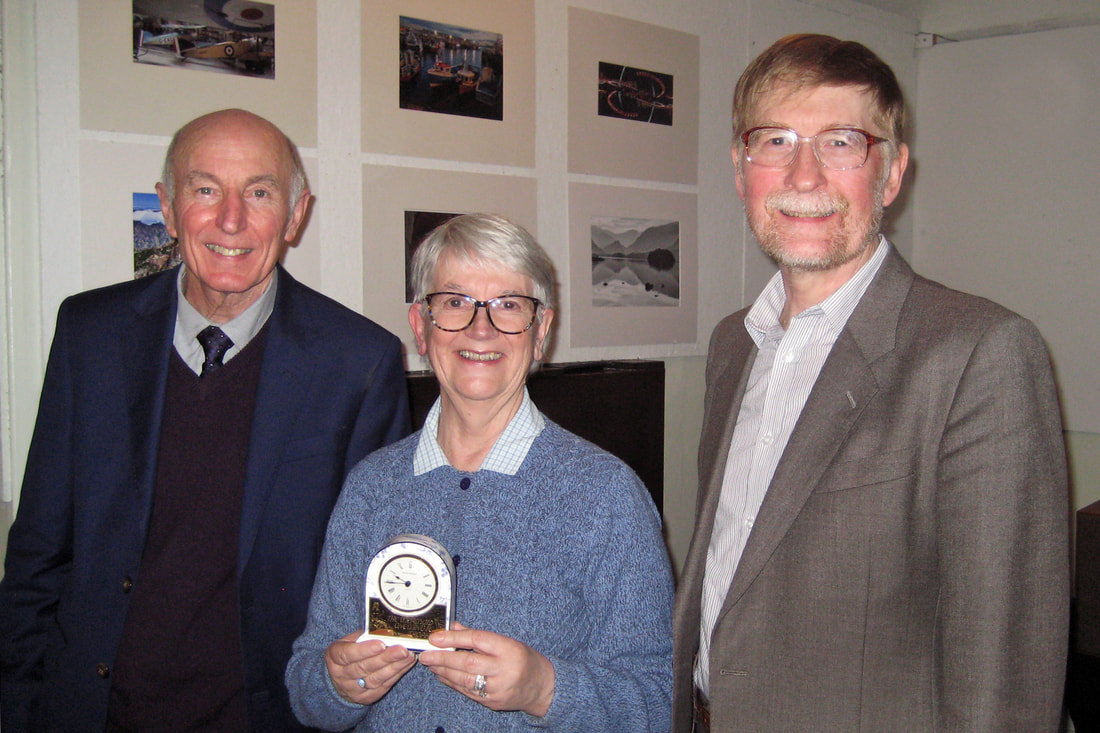 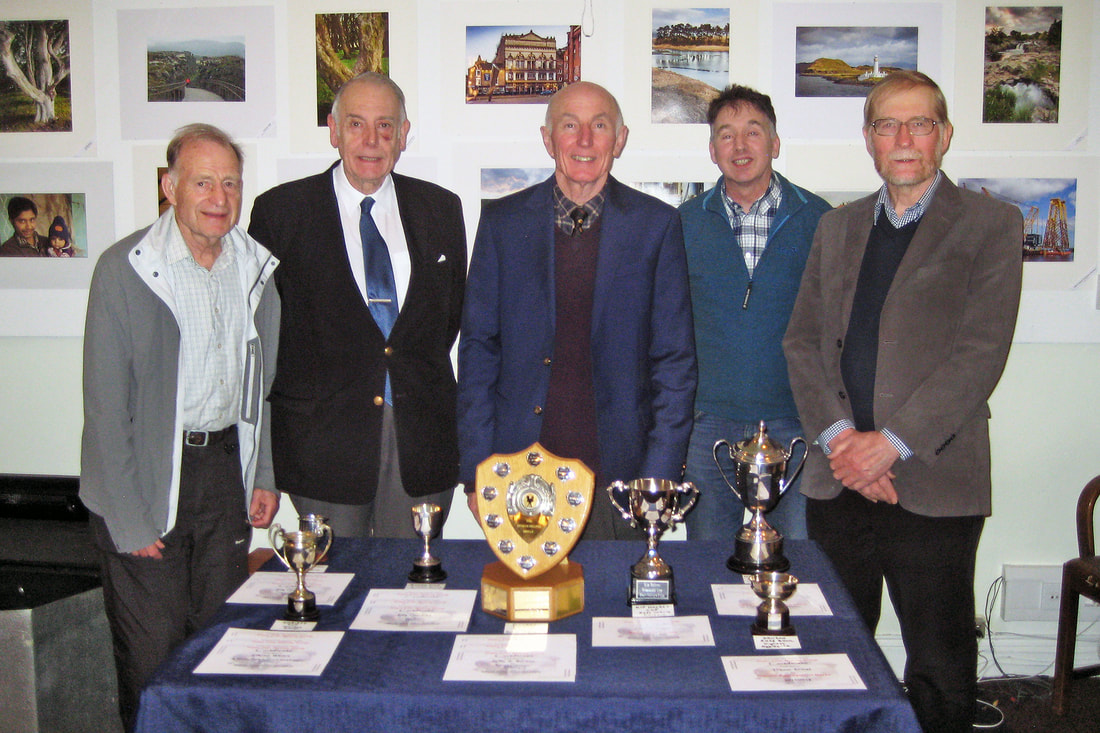 ​An audience of about 25 were present when we hosted the NECA Annual 'Open' Competition on 27th November.
​The competition had been judged by Reg & Annabelle Lancaster, both FACI, from the South East Region of the IAC. All fourteen entries were screened and provided a varied programme for those present.
​Runner-up in the competition was Tynemouth's own Trevor Ermel with his entry 'Bell Ringers of North Shields', a documentary shot in Christ Church, North Shields showing the resident bell ringers in action, with explanatory interviews from two of their members. He was awarded a certificate and cash prize by the NECA chairman, Brian Dunckley.
​The overall winner was former Newcastle ACA member Doug Collender with a documentary covering the rise of amateur film-making from its earliest days. Unfortunately Doug was not present to receive his award.​ 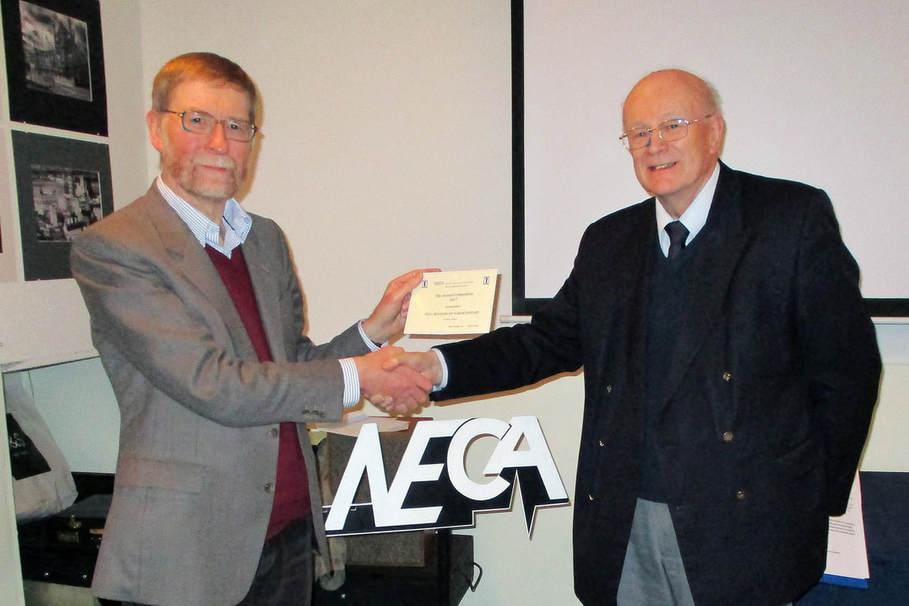 The picture, by TPS member Daniel Turner, shows Trevor (left) receiving the award from Brian Dunckley
​                             PRESENTATION EVENING ON 24th APRIL 2017
Eight members were present for a social evening with fish & chips and for the presentation of the awards to the winners of this season's competitions. 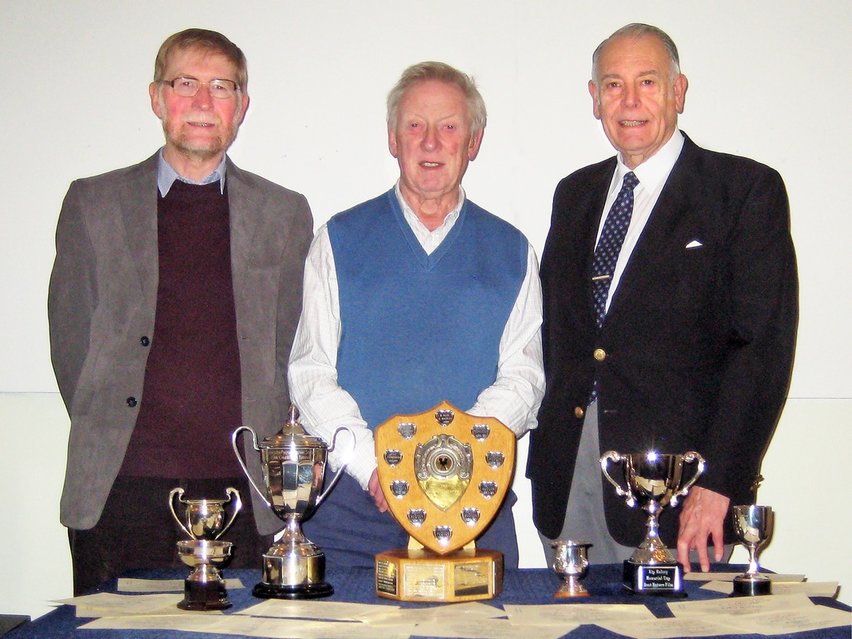 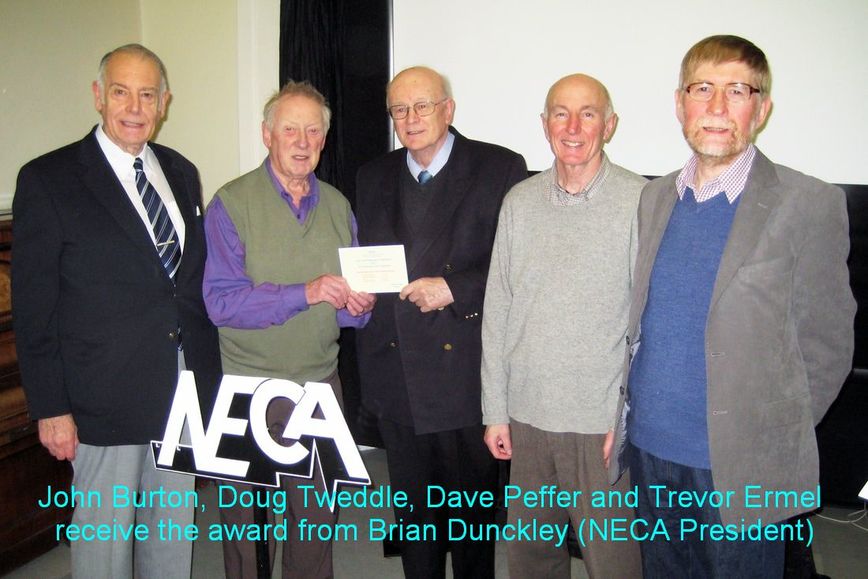 ​TYNEMOUTH VIDEO FILM-MAKING GROUP were the winners of a 20 minute programme competition held at South Shields with films produced by their members.  The certificate was presented to the Group’s chairman Doug. Tweddle by Brian Dunckley, President of NECA (North East Cine Association), which holds this competition annually.  Each club provides a minimum of 2 films in their programme to give a maximum running time of 20 minutes.  They are carefully considered for quality, content, and overall entertainment value.  The films have no subject restriction and were judged by well-known I.A.C., B.I.A.F.F., and U.N.I.C.A.  judges Annabelle & Reg. Lancaster in London.
Our entry consisted of 4 films; Trevor Ermel’s “Croatian Contrasts”, “Alfie & the Kaiser” by Doug. Tweddle, and secretary John Burton’s “Weally?”  The other film, “Lost in Translation”, was a group comedy written by David Peffer, filmed by Trevor with David & John as the cast.

The Film and Video Institute

IMPORTANT LEGAL WARNING: All images and content appearing on this website are copyright of the photographer and of Tynemouth Video Group. No image or other content from this site may be reproduced in any form without specific written permission and to do so without such permission is an unlawful act that may result in legal action.